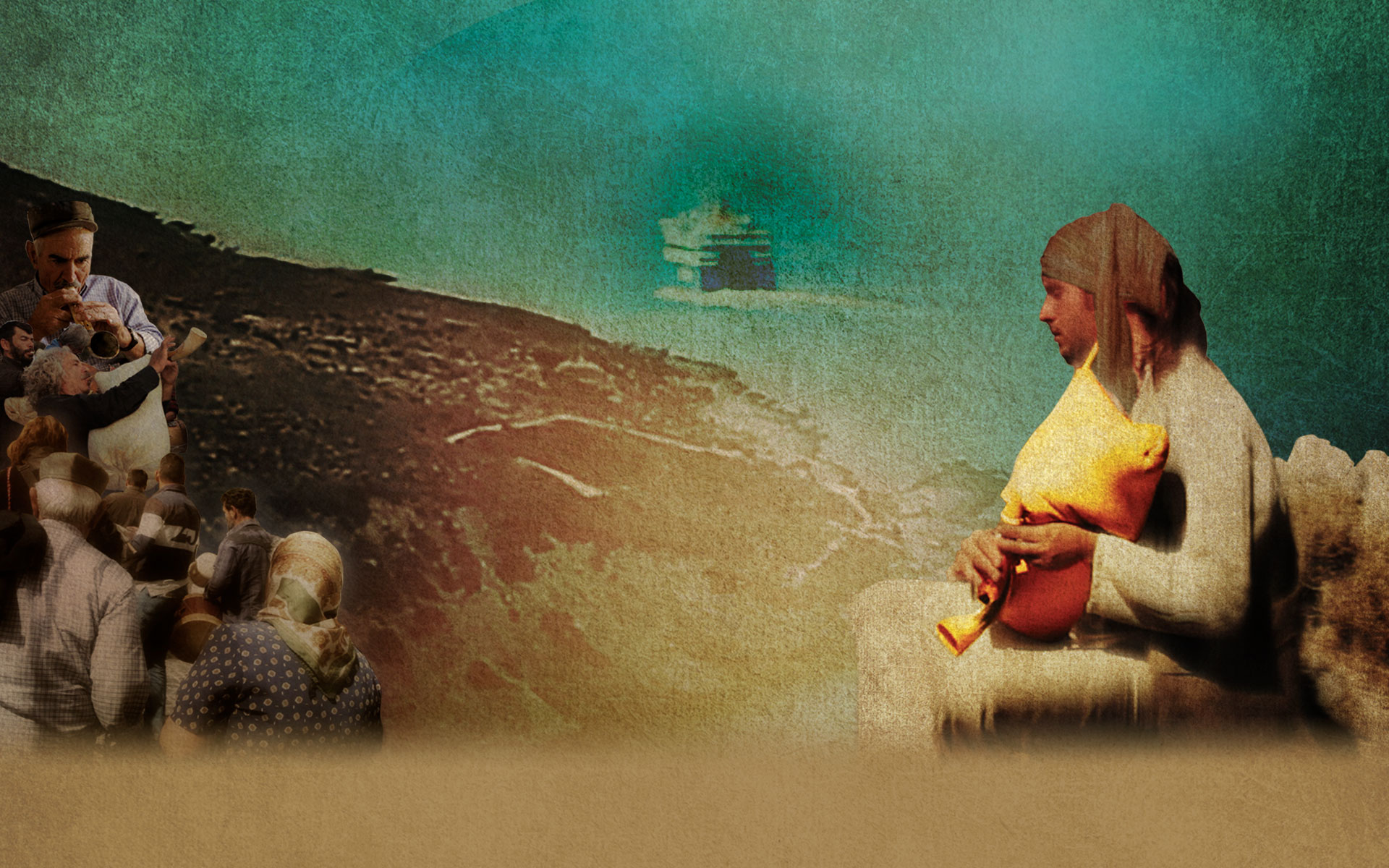 Mai 2021 Askavlos goes to Thessaloniki for the 23th Thessaloniki Documentary FIlm Festival. Will be screened online at the section „Platform“ from 26 June till 04 July, available to watch in Greece.

April 2021 Amazing news! We are thrilled to inform you that The Journey of Askavlos has been selected to screen at the 15th Los Angeles Greek Film Festival, May 10-30, 2021, as part of the Documentary Film competition program! World Premiere!

January 2021 We are very proud to announce that The Journey of Askavlos has been selected by the European Culture Channel ARTE for its programme. Time of the broadcast will be announced soon.

March 2020 The Journey of Askavlos completes Post Production and the DCP is Ready! Thank you Panos Bisdas and Liza Chrysochoou for the beautiful work! Authorwave rules!

March 2020 Panagiotis Parnassas creates the beautiful poster of the film.

December 2019 The Final Cut of The Journey of Askavlos is ready! We are very proud!

March 2019 Our Team Yorgos Arvanitis, Zoe Dalaina, Vassilis Athanasas are filming at the World Bagpipe Day in Athens on 10 March. It is the final shooting day.

January 2019 Editing the second Rough Cut of The Journey of Askavlos with Chronis Theocharis in Athens.

October 2018 Shooting continues in Athens with Yorgos Makris for The Journey of Askavlos. Yorgos Arvanitis, Niki Korda and Vassilis Athanassas made it happened! Urban happy feelings!

March 2017 Second Unit Natasa Xydi, Niki Korda and Vassilis Athanassas are able to collect material for our documentary at the World Bagpipe Day in Athens.

September 2016 Our Team Yorgos Arvanitis, Zoe Dalaina, Manos Papadakis, Alfred Felecki-Dengel and Anastasios Karadedos are very happy to be able to shoot film material at the Panaegean Meeting of Wind Instruments in Ikaria. Thank you! The filming continues in Athens where Vassilis Athanassas jumped in.

September 2014 Next stop Naxos! The shooting continues at the Pancycladic Meeting of Wing Instruments in Naxos. We are overwhelmed to be there! Yorgos Arvanitis, Zoe Dalaina, Manos Papadakis and Thodoris Babouris are on a mission!

May 2013 The first draft of the script for the Journey of Askavlos is ready. We are looking forward!

April 2012 Second Unit Lea Binzer and Antonis Eleftherakis filmed interviews from Katarin Raska and Aldo Iezza for our documentary. We are grateful!

September 2011 Bagpipes invasion in Santorini. We are following the Bagpipes and are very happy to shoot some material in the Pancycladic Meeting of Wing Instruments in Santorini. Our Team has flown from Germany to Greece to film the tsampouna! Yorgos Arvanitis, Markus Haaser, Nikolas Samalekos, Sönke Strohhark are ready to go!

July 2010 We are starting to shoot material for the upcoming documentary about the Greek Bagpipes in Danakos, Naxos. Yorgos Arvanitis and Nikolas Samalekos are on set. Stay tuned for further information!